"Who hath ears to hear, let him hear."

My favorite comedian of all time is Jerry Clower. He often spun outlandish tales revolving around his fictitious family, the Ledbetters and the predicaments they got into. As if the stories weren’t enough to draw you in, his southern Mississippi accent and snorting laugh could keep you laughing ‘til it hurt. Jerry would find ways to weave in his Christian upbringing in many of his stories, making them relatable to anyone in his audience.

I recall one story in particular, about Uncle Versie Ledbetter, who happened to be the oldest deacon in the church. He didn’t attend many of their meetings though. He preferred to let the younger men, those in their 50’s and 60’s take care of the church business. But Uncle Versie heard that the deacons were going to vote on spending some money, so he made sure he was at that meeting. The deacons were voting to buy a chandelier. Uncle Versie spoke up in protest. “Nobody in church has enough education to spell it on the Sears order form. If they got it nobody in church knew how to play it. We shouldn’t spend money on a chandelier as bad as we need lights in the church.” I guess we can say Uncle Versie was a practical man and saw no need for extravagances.

I remember the church budget discussions we had around the time of the 2010 recession and how some things were seen as necessary by some but seen as not as important to others. I think that time was good for us as a church because it gave us an opportunity to reaffirm God’s will for each of us individually. We had to ask, is the ministry path I’m on really God’s will or is it what I want to do? Sometimes we get our mind set as to what the church ought to be doing without really asking the One in charge. Jesus Christ is still our chief cornerstone.

Our scripture text reference is Matthew 26:6-13.

Verse 6 begins, “Now when Jesus was in Bethany, in the house of Simon the leper,” Bethany is about two miles east of Jerusalem near the Mount of Olives. It is where Jesus resided his last few weeks before His crucifixion. This Simon is believed to be the one of the ten Jesus healed that returned to thank him. Note he is still called “the leper”. Even though our sins are forgiven, the world’s view of our past deeds doesn’t necessarily change. Jesus’ blood paid the price for our eternal soul, not this corruptible body. The parallel story in John 12 tells us that Lazarus, whom Jesus had raised from the dead, sat at the table and that Martha, Lazarus’ sister, was serving supper, and Mary, the other sister, is the one we read about in verse 7. This takes place just before the last supper with the disciples. So, this was sort of a last supper with those that were closest friends, those outside the circle of disciples who knew Jesus not only as their savior but as a human friend. 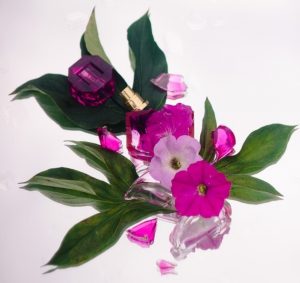 In verse 7 we read, “There came unto him a woman having an alabaster box of very precious ointment, and poured it on his head, as he sat at meat.” As the gospels of John and Mark relate this same event, they describe the ointment as a pound of spikenard and its worth about a year’s wages at that time. It’s still used by some practicing herbal and natural healers, but the cost is significantly lower. It’s in the same family as the Valerian plant which is a more widely known herbal remedy. The oil or ointment is made from the roots of the spikenard plant. It has several medicinal properties but the one I found most interesting is that it is used in palliative care to help ease the transition from life to death. Remember Jesus has told in verse 2 that He is about to be crucified. So, Mary here is wasting no time. She even interrupts the men here at mealtime. Do we sometimes hold back our worship, our praise, for a more convenient time? Can we even know what we may be missing by waiting?

In verses 8-9 we see the Uncle Versie attitude come out in the disciples. “But when his disciples saw it, they had indignation, saying, To what purpose is this waste? For this ointment might have been sold for much, and given to the poor.”
Indignation here means contempt, disgust, even angry. John names Judas as the one who voices this indignation, but Mark infers that it was not just Judas, but others had indignation within themselves. The reference here is to one of the Jewish laws given by Moses in Deuteronomy chapter 15 that the poor should be taken care of by those that had the means to do it. Just back one chapter Jesus had told them they were to feed the hungry, clothe the naked, and visit the sick and imprisoned. So maybe to them in their misunderstanding of the intents of her heart, it seemed she was doing the opposite of what Jesus had just told them.

Verse 10 says, “When Jesus understood it, he said unto them, Why trouble ye the woman? for she hath wrought a good work upon me.” Aren’t you glad Jesus understands? Commentaries interpret this as Jesus understanding the men’s indignation, but I believe that He also understood Mary’s desire to show her love for her savior, to worship and praise Him. If it had been Pharisees speaking against her, I don’t think she would have been troubled in the least, but this was Jesus’ disciples, the ones closest to Him who should have understood her worship. Imagine how she must have felt when they became angry at her for worshiping with her whole heart the One they call Lord. Jesus goes on to say she had done a “good work”. It was done to honor and glorify Him and it came from a real and sincere love.

In verse 11, Jesus continues “For ye have the poor always with you; but me ye have not always.” referring to the earthly physical body, for we know that Jesus said he would never leave us or forsake us. Sometimes we are so intent on sticking to the plan that we miss out on the great opportunities. We need to be sensitive to the leading of the Holy Spirit. Many opportunities to serve have been passed over because they didn’t fit our plan and many of those will never be presented to us again.

Jesus explains in verses 12-13 “For in that she hath poured this ointment on my body, she did it for my burial. Verily I say unto you, Wheresoever this gospel shall be preached in the whole world, there shall also this, that this woman hath done, be told for a memorial of her.”

I don’t think that Mary fully understood what she had done. She was obedient to the Holy Spirit in love and worship for the Messiah, but I don’t think she realized that she was as Jesus said, preparing His body for burial. She certainly didn’t think that this event would be recorded and handed down through the ages to instruct us to be extravagant in worship. God’s will is accomplished through our obedience. God’s plans and intentions are not always fully revealed to us when He asks us to do something. Think about the impact this had on Mary’s life. The transition from being hurt and broken by the opinions of men, to the joy and peace she must felt from the words of Christ, that this simple act of obedience would be told for a memorial of her whenever the gospel was preached throughout the whole world.

One of this lesson’s aims is to “break the perfume jar” for Jesus this year. These seven verses tell the story of one woman’s act of worship, seen by some as extravagant, but ordained by Christ himself to be told throughout the generations as a memorial of her. We cannot know how many lives have been changed from hearing or reading this story. How many lives will be changed if you step out on faith, in simple obedience to the Holy Spirit, and show your love for Jesus in ways the world doesn’t understand?

Faith on Every Corner
Leap of Faith Christian Bookstore

Theme by Anders Noren — Up ↑